Nexans warns of lower profits as high-voltage projects are postponed 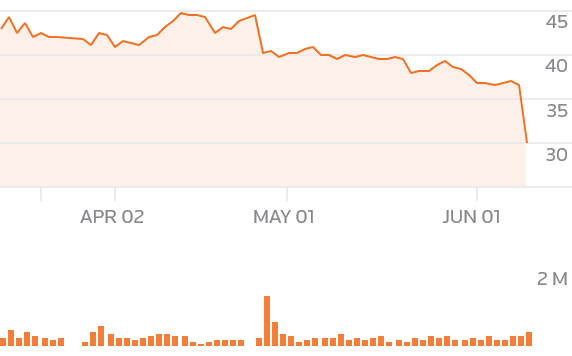 France - June 18, 2018 – energiesdelamer.eu - French cable manufacturer Nexans (NEXS.PA) on Monday warned that an “abrupt deterioration” of its high-voltage activities in the second half of 2018 was likely to translate into lower profits for the full year.

Nexans said it was now forecasting a stable level of sales this year and earnings before interest, tax, depreciation and amortization (Ebitda[1]) of 350 million euros ($406 million), down from 411 million euros in 2017.

The Group has already initiated corrective actions to mitigate the negative impact of this sales reduction.

In addition, the Group's EBITDA at June 30 is expected to mark a low point in view of the decline in the volume of activity in the high voltage projects area, the negative impact of the application of IFRS 15 norms for the project activities, as previously announced, and the negative impact of raw material inflation.

Nexans has decided to launch a share buyback program for a maximum number of 500,000 shares.

The objectives of this program are first to cancel up to a maximum of 400 000 shares in order to limit the dilutive effect of the capital increase underway for the 2018 International Employee Shareholding plan named Act 2018, and second to use in other share based employee plans for up to a maximum of 100,000 shares.

This program is made pursuant to the authorization granted by the 18th resolution of the General Shareholder's meeting held on May 17, 2018. Nexans will appoint an investment services provider for its implementation.